Izzy and Chris to perform at the Bayfront Blues Festival in Duluth MN, Aug 8. 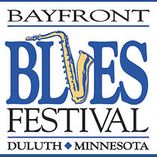 Izzy and Chris to open for Pat Benatar and Neil Giraldo Nov 15 at the Palace Theater.

Harmonica legend Phil Wiggins will perform with Izzy and Chris at the Robinson Bocktown Beer and Grill on September 1.

Big News!  Izzy and Chris will be featured performers at the 2013 Virginia Harmonicafest.  Festival will be held March 7-9 in Virginia Beach.  More details to follow.

Feb 2011 Izzy and Chris invited to audition for Americas Got Talent in Nashville Tenn.

Izzy and Chris are proudly booked by Center Stage Promotions

Chris is an official endorser for Seydel Harmonicas

Izzy & Chris were united at an open stage in the summer of 2006. The duo performed a few songs together and got a standing ovation from the crowd. From that moment forward, it was evident the chemistry, the love of the blues, and playing from the heart, would keep the two together "Preachin The Blues" for many years to come.  Only a few weeks after meeting they were main stage performers at the 2006 West Virginia Blues Festival.

Izzy, born in Weirton, West Virginia, began playing guitar at the age of nine. At the age of 17 while visiting New Orleans LA everything changed for Izzy when he purchased a Robert Johnson album at a flea market off of Bourbon Street. Since that moment Izzy has dedicated his life and music to the blues.

Chris, born in St. Louis, Missouri, began playing piano at the age of seven. It was not until later in life he began playing harmonica. After playing open stages for a couple of years, Chris got a break. He became the harmonica player for the late, great Pittsburgh guitarist "Smokin' Joe" Bisceglia.  After Joe's death in 2002, Chris committed himself to playing music.

Izzy's journey with the blues continued as he played countless blues clubs and bars from Pittsburgh to Memphis, and throughout the Southeast.  Highlighting this point in Izzy's journey was winning best solo acoustic act at the Western Pennsylvania Blues Society Competition in 2006 and then becoming a finalist at the International Blues Competition held in Memphis.

Although Chris' first love is the blues, it's his ability to play many styles of music that's made him the hardest working harmonica player in the Pittsburgh area. Past endeavors include performing with harmonica legend Greg "Fingers" Taylor and playing full time harmonica for two successful local bands, the honky tonk band 706 Union and Ms. Fredi and the Blue Faze Band.

In May of 2007, Izzy & Chris signed a recording contract with 80/20 Music Entertainment and released their first cd titled "Preachin The Blues Vol 1 which was recorded at the Grammy Award winning studio Audible Images.  In July 2009 Preachin’ the Blues went to #17 on the Roots Music Report Blues Chart and Blues Revue Magazine chose the song Steady Rollin’ Daddy for their October 2009 Blues Revue Sampler disc.

In 2008 Izzy and Chris together won solo//duo honors at the Appalachian Blues Competition in Charleston WV which earned them a spot in the 2008 International Blues Challenge.  Izzy and Chris were also nominated for a 2009 United States Artist Fellowship and a $50,000 grant.   In Oct 2010 they again won the Appalachian Blues Competition solo/duo division and will represent the West Virginia Blues Society at the 2011 International Blues Challenge in Memphis TN

Soul Of The Blues Festival, NY

Rhythm, Blues and All That Jazz Festival, WV

Chris is an official endorser of Seydel Harmonicas